Before actor and then director of theatre and cinema. Musician, performer, visual artist, writer.

During this period of study he graduated from the Sapienza University in Rome, in History of Theatre. He was awarded a scholarship from the Foreign Ministry and studied Directing at the National Academy of Theatre in Krakov, and in Cricoteka, the Headquaters and Archive of Cricot 2 Theatre, collaborating with a company created by T. Kantor. He also studied art in Warsaw, Paris, Vienna, Prague.

From a very young age (he debued at 20 with The Big Blek by G. Piccioni) he worked as an actor, firstly for film and then for theatre in diverse productions (A. Grimaldi, P. Squitieri, C. Quartucci, P. Avati. B. Corbucci).

Since 1990, he began his career as a director and performer, founding Grad zero in ’94, a nomadic association dedicated to the contamination of the arts and creative pedagogy.

With Grad zero he worked intensively for about 25 years by creating several shows and performances in Italy and in Europe, taking care of even the artistic direction of events, festivals and recognized innovative projects of national interest (financied by Minister of Culture and diverse Regions and Institutions) and that move on the border between the different creative languages such as: Atelier per una stalla in Rome, Dance for camera in Warsaw, Cinemascopre in Lecce,  Residence in Art and dance theater Festival of Paliano in Lazio, the Manufacture unstable resting place for art in Salento (created through the recovery of an old farm-factory), Scena no made, Zero spaccato and others.

Since 1995 he is also involved in training, teaching in schools (where he made a series of creative works with children), universities, prisons, cultural centers, professional training courses, specialized centers for the care and rehabilitation of people with psychological dependence, dance schools, theaters, exhibitions, festivals, etc. His seminars-workshops-courses of dance theater, the cinema of the body, the writing stage, the dramaturgy of space and landscape, intermedial language or creative atelier have often given rise to the performance stage.

He has also directed for other companies (Sosta Palmizi, etc), and has been invited to forums and conferences strong political and artistic, publishing for Argo Editors a diary-book about his theatrical work titled Even the fish will dance.

Since 2004 he is mainly involved in film making film documentaries also around the world. After creating theatrical videos he shot his first short, Il Ponte (The Bridge), in Albania, inspired by a F. Kafka novel and presented in diverse Festivals in 2002.  In 2005 he directed his first documentary film, Stella Loca, filmed in Buenos Aires and presented at Rome Film Festival, Latino American Trieste Film Festival , Doc for sale in Amsterdam and at Docucity (University) of Milano.

Between 2006 and 2011 he made a series of documentaries on italian emigration, in Argentina, Chile and Brasil that become part of The Liquid Archive of Identity created by Grad zero, for which he is  artistic director, dealing with education and social projects in different areas, even in the journalism where as expert he takes care on a web portal Golem a feature about the Italian cultural landscape.

Via Appia selected to compete in the 28∞ Torino Film Festival and in the ViaEmiliadocfest 2011. Special event out of competition in Panorama Bif&st Bari 2011, XII Lecce European Film Festival, Rome Travel Literature Festival and Review Fata Morgana C.A.M.S. di Cosenza 2011. Selected to compete for the  final phase of the Doc / IT Professional Award, given by the professional category at the best documentary of the year.

In 2014 he made the film The Cockrel always sings but decided to leave it unedited as a form of protest for the Italian cultural situation. In 2016 the film Focara Kounellis, also unreleased.

Paolo De Falco is also a musician. He was a part of the Fools (who featured in a compilation of the best italian rock of 1993-94) and in M.T.U. (2000). He composed for diverse choreographys: R. Mazzotta, A.P. Bacalov, F. Scavetta etc.

In 2014 he returned to music, making Like water in the bucket, his first album as a soloist, acclaimed by audiences and critics, which sees him collaborating with some of the most important Italian jazz players. He directs some video clips for the disc made in various parts of the world (Canada, Brazil, Argentina, Italy). He is currently working on his second album in collaboration with the New York producer F. Sotti and is specializing in Opera Direction following a master’s degree at the Verona Opera Academy.
Numerous scholars, critics, journalists in specialized periodicals, magazines and national and international newspapers have written about his work. His films, shows and performances have participated in many reviews, festivals, theater seasons, among the most important in Italy and Europe and he has been invited to participate in the jury of some festivals. For his artistic work he has received several awards and mentions.

Damagò 1990 Ateneo Theatre Rome (1990) Prod. C.T.A. dell’Un. La Sapienza Rome.
Die freunde 1918  Festival of Avignone (Fr) (1990)
Performances in Italy, Poland, Czechoslovakia, France (1991-1995)
Apri Caronte, Je suis lunaire  Castello Carlo v di Lecce. Prod. Commune of Lecce. (1993)
It’s in here!  created in a laboratory in a young offendors prison in Lecce (1994). Encomio ufficiale. Minist. Grazia e Giustizia.
Even Fish will dance  Produced by the Ministry of Culture and the Lazio Region  (1998)
Shoot the Rain  Produced by Sosta Palmizi in collabor. with Toscana Danza, Ministry of Culture, Kismet Theatre in Bari and Briciole Theatre in Parma. (1999)
The Market of the Wind  A coprod. La Manifattura of Grad zero, The Residence of the Lazio Region in Tuscany Theatre and the Province of Lecce. In collaboration with the Theatre of Kismet in Bari. (2001)
Anatomy lesson  e The dense state of a murder (studi). Coprod. Festival Pietrechecantano e Grad zero. (2013)
Like water in the bucket, multimedia show concert. Produced by Grad zero (2017)
Strangers in the world. A coprod. Grad zero, Municipality of Lecce, Puglia Region (2019)
Various site specific performances called gradazioni  in various cultural centers and places of strong identity importance, in Italy and abroad. They changed and evolved they still conformeed to a kind of common shell (1995-2020).

Il grande Blek  (The Big Blek) by G. Piccioni (winner of the Festival of Sorrento and the Nastro di Argento in Taormina)
Nulla ci può fermare  (Nothing can stop us) by A. Grimaldi
Russicum  by P. Squitieri
Giotto  by R. Leoni
La sposa di San Paolo  (The wife of St.Paul) by G. Rosaleva
18 anni fra un giorno  by L. Perelli 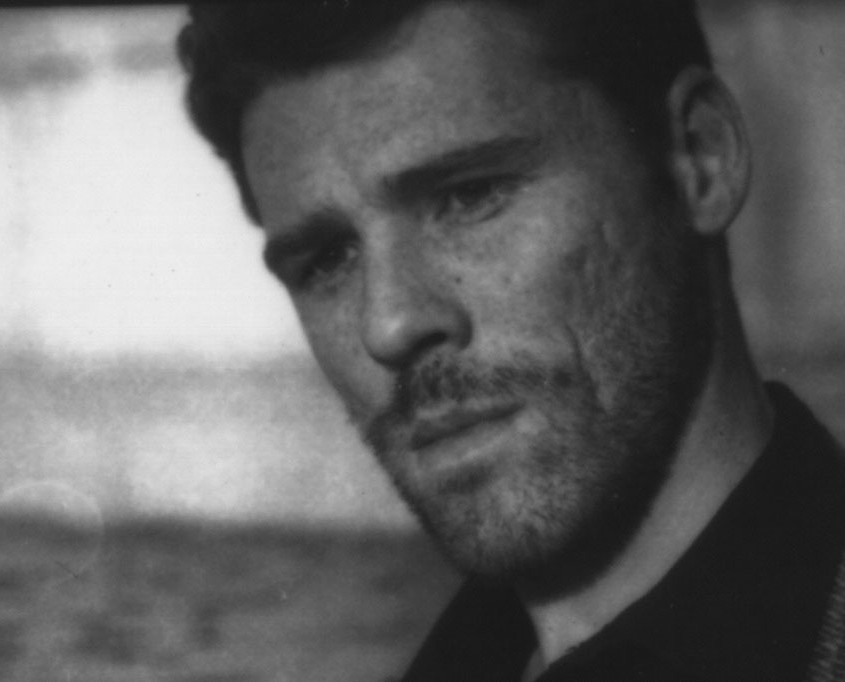 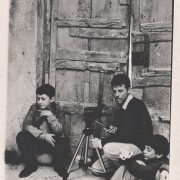 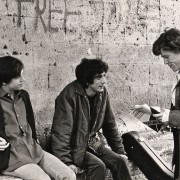 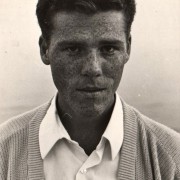 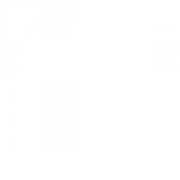 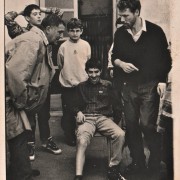 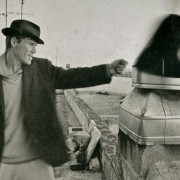 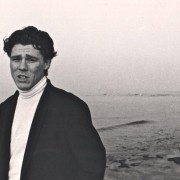 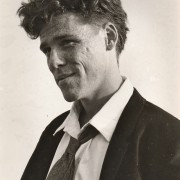 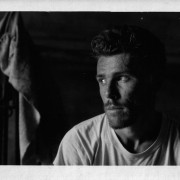 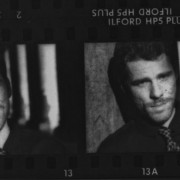 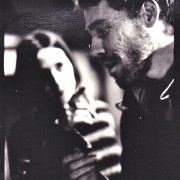 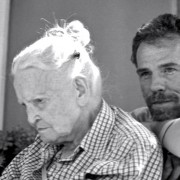 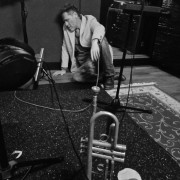 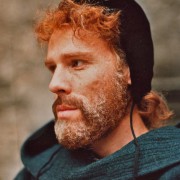 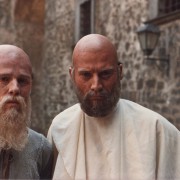 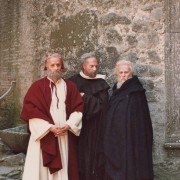 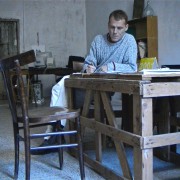 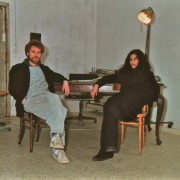 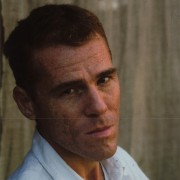 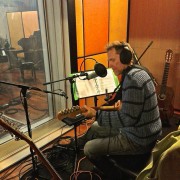